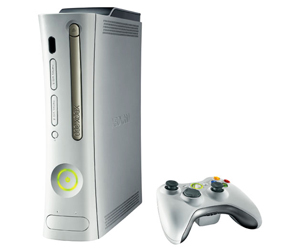 The Xbox Console is one of the best and trustful game consoles out there for a reason! The 360 Edition features a fast built-in Wi-Fi that allows you to easily connect to Xbox Live where you can download games, HD movies, sitcoms etc. You also have a 250GB Hard Drive to store all your films, shows, music, pictures, demos and levels. Xbox 360 runs noiseless for perfect gaming and movie watching!