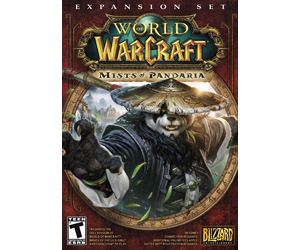 This is the fourth expansion for the massively multiplayer online role-playing game World of Warcraft! Players have the chance to raise the level cap from 85 to 90, choose the new neutral race of the Pandaren and join the forces of either the Alliance or the Horde. This way, they will involved in the conflict that threatens the land of Pandaria. Introducing the new character class – the Monk.