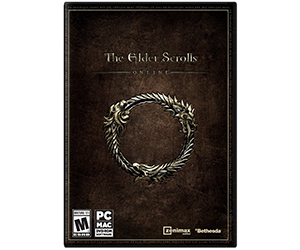 Being a part of the iconic franchise with a 20 year legacy in the gaming world, the Elder Scrolls Online is going to raise the bar of massively multiplayer online role-playing video games like no other game before it. Except all its assets, this sequel will be the first open-ended multiplayer installment which is something new and intriguing. The game can be run on most known platforms: Playstation 4, Xbox One, Microsoft Windows and OS X.

You don’t need to choose a concrete server anymore, because you can use the ZeniMax Online's Megaserver technology which allows everybody to play in one connected world. Your primary quest in the game is to save the continent of Tamriel, while there’s also a storyline indirectly affiliated with the other Elder Scrolls installments. The main antagonist here is Daedric Prince Molag Bal who is looking to conquer the lands of Tamriel and add them to his realm. The action takes place around 800 years before the Elder Scrolls 3: Morrowind and Elder Scrolls 4: Oblivion. Four classes of heroes are available to everybody who decides to start their boundless adventure: Sorcerer, Dragon Knight, Nightblade and Templar. Once you’ve chosen a class, you’ll eventually have the opportunity to join 3 different factions warring over the throne of the Emperor of Tamriel: the Daggerfall Covenant (represented by a lion), the Ebonheart Pact (represented by a dragon) and Aldmeri Dominion (represented by an eagle). Explore the vast territories of Tamriel and choose your own path carefully!