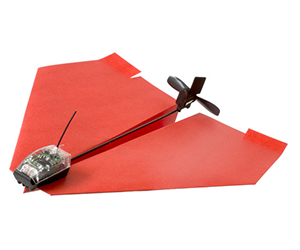 We like making paper airplanes, smoothly throw them in the air and watch them fly! But unfortunately this joy doesn’t last for too long, as the airplane would eventually fall on the ground, which definitely sucks big time… But that won’t necessarily happen if you used this Smartphone Controlled Paper Airplane! Don't miss the video below!

This awesome product is called the PowerUp 3.0 and is the first electric paper airplane that we bet you’ll be eager to try! Maybe you’re wondering how the hell can a paper airplane fly and be navigated with a remote control? Well, the PowerUp has been innovatively developed to be the first smartphone controlled paper airplane! This cool gadget turns your regular aircraft into a lean mean flying machine. Simply fold a piece of paper into a plane, attach PowerUp 3.0 with the patented clips underneath the Smart Module and install the app on your smartphone, now you’ve got what it takes to be a pilot! In the back of the PowerUp are a propeller and a rutter that are in charge of controlling the airplane. On its tip, it has an advanced chip with powerful Bluetooth Smart Technology for incredible controlled flight and a miniature rechargeable battery to power the device. When the battery is running low, you can charge it via USB cable, it’s that simple. Once charged, the battery stands up to 10 minutes of flying. Of course flying your paper plane will sometimes lead to accidental crashes, but don’t worry, because all components of the PowerUp are crash-proof and very durable. The smart chip has been programmed for “user happiness”. The amazing prototype is fully functional and ready for production! 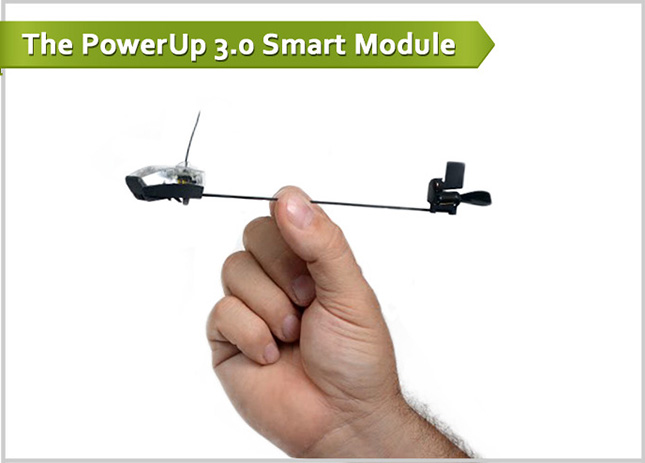 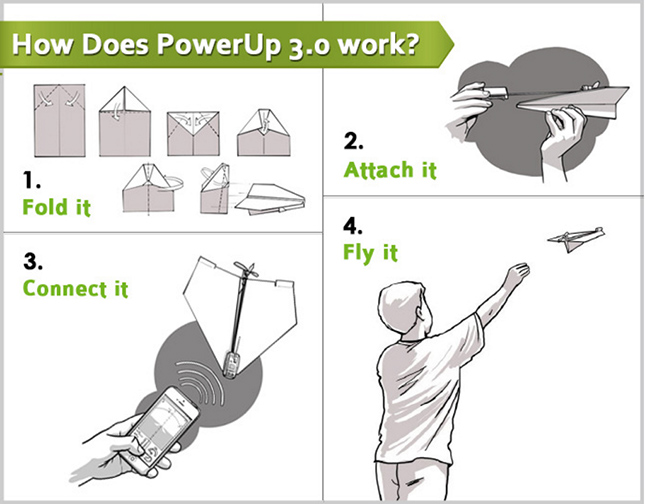