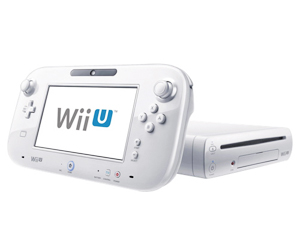 The Nintendo Wii U is the newest game console from Nintendo! Its controller includes conventional button controls, a 6.2-inch, 16:9 touch display and two analog circle pads. All of this brings down the walls between players, games and the TV, by bringing a new window into the virtual world. This exceptional controller includes a built in accelerometer and gyroscope, microphone, camera, speakers and more!

There are 50 games for the Wii U that will be available during the "launch window" from Nov. 18 to March 2013. 23 of them were launched immediately on the 18th of November and they are:

Click here to buy the Nintendo Wii U Console 32GB on Amazon.co.uk or here to check it out on Amazon.de