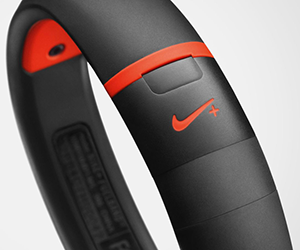 Nike releases a new and improved version of the FuelBand that has a few interesting perks added to the original one! For those of you who aren’t familiar with the product, the Nike FuelBand SE is a wearable wristband providing users with info of their steps through the day and also has a metric that calculates running, walking, playing different sports etc.

The new model of the fitness tracker is called Nike+ FuelBand SE. It offers a variety of color details and represents the sporting goods maker’s first non-cosmetic update to its activity tracking wearable device since its first introduction. The second generation of this product has similar design to the first version with a rubber wristband available in different sizes. However, it has been developed to encourage people even more when it comes to daily activity and moving, plus it’s harder to cheat with, as for example motions like fist punching the air won’t help you up your score. The FuelBand SE also seems to better distinguish different type of activities, such as: rowing, spinning, cycling etc. Don't miss the video below!