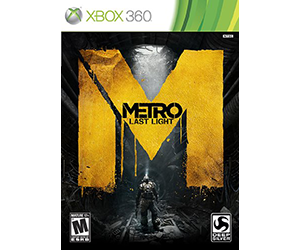 Metro Last Light is a first person shooter, it’s the direct sequel to Metro 2033 and follows the path of the main hero Artyom. It’s set one year after the previous game, where a nuclear war burst and turned the world into a post-apocalyptic wasteland. The remaining humans try to stay away from the radiation and the foul mutants plaguing the surface, so they’ve taken refuge in the underground metro system.

Click here to buy the game Metro Last Light for PS3, Xbon 360 and PC on Amazon.co.uk or here to check it out on Amazon.de