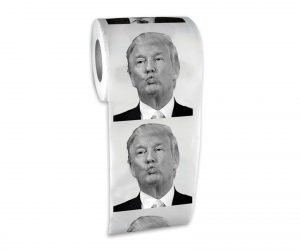 There aren’t many US presidents in history who were equally loved by the majority of the people in America. In fact, not keeping their promises leaves them hated so much by many, that their faces end up being printed on toilet paper! That’s how it was with George W. Bush, Obama, and now the Donald Trump toilet paper makes the new US president the last addition in the group.

Being almost twice as big as most other WC papers and consisting of 400 sheets, each Donald Trump toilet roll has a perfectly printed photo of the president on each sheet. 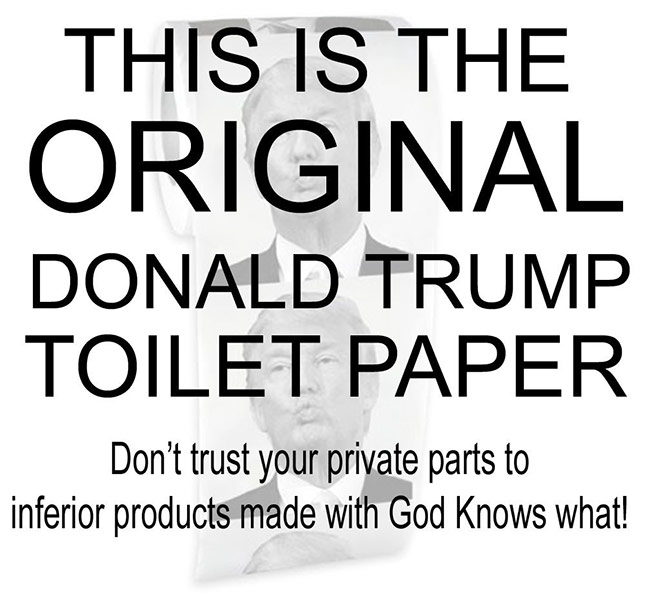