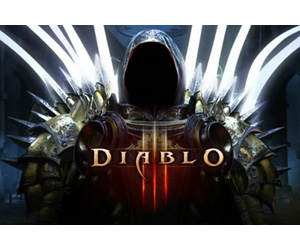 For years fans have been waiting for the 3rd part of the legendary fantasy RPG – Diablo! Blizzard has taken its time, but now when it’s finally a fact, Diablo 3 was worth waiting! The graphics of course are fascinating but you also need to take a look at the new engrossing story line, the large world you will explore playing online and the 5 new character classes, who have flexible skill systems, ready to be mastered!

It’s been 12 years since Blizzard has released Diablo 2 and people have been impatiently waiting for another sequel of this classic Role-playing Game! Now that it’s here, Diablo 3 has definitely a lot to offer and when you play awhile, you’ll start to realize it was worth the waiting! Graphics are simply beautiful and the huge world you’ll explore will be an amazing sight for your eyes! The story line is very interesting too. As you play, you’ll learn that the forces of Hell have attacked our well known Sanctuary again. Excluding some characters already known from Diablo 2, there are 5 new classes of heroes who will stop the countless demons and monsters! Every hero has flexible skill systems, so you can spend hundreds of hours reshaping your chosen hero into whatever you need them to be! Exploring the world, slaying the armies of evil by using the heroes’ abilities you will loot the environment and the bodies of the enemies to gather various equipment. Here comes the moment to say that by playing Diablo 3 online, you can sell the equipment you’ve gathered and make real money! The more rare objects are, the more expensive they will be so what would be better than playing your favorite RPG game and making money at the same time?!