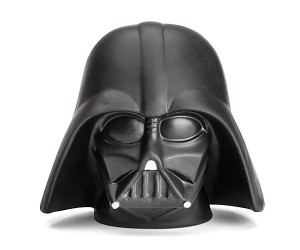 Who would’ve guessed that the grudgy Dark Lord of the Sith would have such a useful… head. This Darth Vader stress relieve toy flawlessly resembles the robotic head of Anakin Skywalker’s evil side, but only it’s made of squishy rubbery material that feels great on squeezing. So use force “pinch” on Vader’s head, whenever you want to blow some steam, or simply play with something in your hands, maybe even the storm troopers do it secretly.