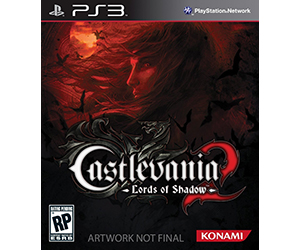 The upcoming action-adventure game Castlevania: Lords of Shadow 2 is a sequel to the 2010’s original part! As you start your adventure, you take control of Dracula, who once was Gabriel Belmont, the greatest champion of the Brotherhood of Light, who has defeated Satan and the Forgotten One. Dracula’s been told that Satan is about to return seeking vengeance, so he must regain his old powers, hidden in his castle.

Click here to buy the game Castlevania: Lords of Shadow 2 for PS3 and Xbox 360 on Amazon.co.uk or here to check it out on Amazon.de