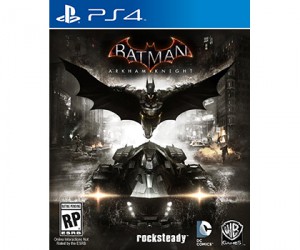 Get ready for the epic conclusion of the modern action-adventure, based on the DC comics superhero Batman! The final game of the franchise will be named Batman: Arkham Knight and picks up the storyline from where Arkham City has left off. Bruce Wayne’s alter ego will have to survive a great threat, because the Scarecrow has returned to Gotham and is looking to unite some of Batman’s enemies

in a plot to finally kill the Dark Knight. Some of the antagonists will be Two-Face, Harley Quinn, Riddler and Penguin. A lot of gameplay elements and useful gadgets from previous games will be included too. Players will enjoy longer cape flying, higher climbs and steeper dives. Combat system will also have its changes, as you’ll have the possibility to combine attacks on adversaries who’re already lying on the ground, without breaking the streak. Players are able to counter enemy attacks and throw assailants into one another to cause more damage. The range of acrobatic and movement possibilities is also increased. Arkham Knight allows “Fear Take Down’, which means as long as batman stays undetected, he can take on up to 3 enemies simultaneously. You’ll be happy to know that for the first time in the game series, you’ll be able to use the Batmobile as a drivable vehicle that can perform certain stunts like rotating on the spot, jumps, speed boosts and breaking through trees and barricades. You can summon batman’s car at any time, regardless of whether you’re airborne or on foot.